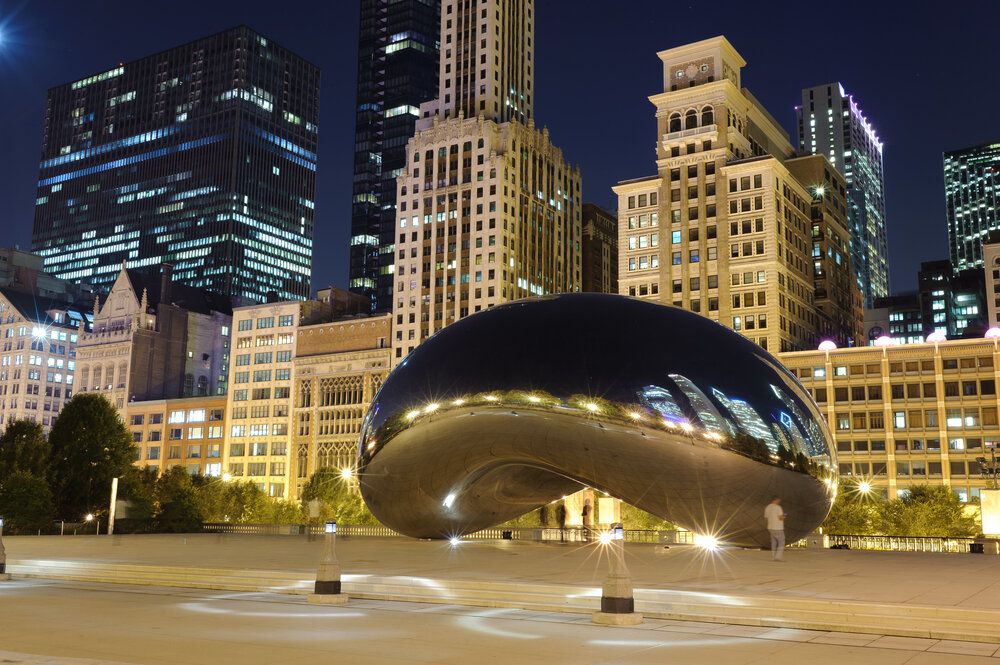 Chicago is the third largest city in the US after New York and Los Angeles. It has a population of 2.7 million and its metropolis a population of 9.5 million people. It has over the years contributed immensely to visual arts, novels, film, theater, especially improvisational comedy, and music, particularly jazz, blues, soul, and house music. Just to know a little bit more about the city, I have compiled a list of a few facts about it.

1. Chicago became the first city in the world to construct a blood bank in 1939.

2. Chicago's Western Avenue, at 23.5 miles is the world's longest street and has a total of 62 car dealerships.

4. Chicago has the world's largest population of Poles after Warsaw.

5. With a collection of 2 million books, Chicago's Harold Washington Library is the largest public library in the world.

7. "These Are My Children", Aired by Chicago's NBC station was the first TV soap opera ever. Chicago is hence the birthplace of TV soap operas.

9. With 5 million gallons of water to support 20,000 aquatic animals, Chicago's Shedd Aquarium takes the title of being the second largest Aquarium after the Georgia Aquarium.

10. In 1895, Chicago became the first venue of the first ever car race in the United States of America. The track started at Chicago and went all the way to nearby suburban Evanston.

I could go on and on. There are so many little facts that people don't know about the Windy City. It has been a city of so many firsts that anything that comes of the city for the first time in the world does not elicit a lot of publicity. Hopefully this list is enough to inspire your visit to Chicago.