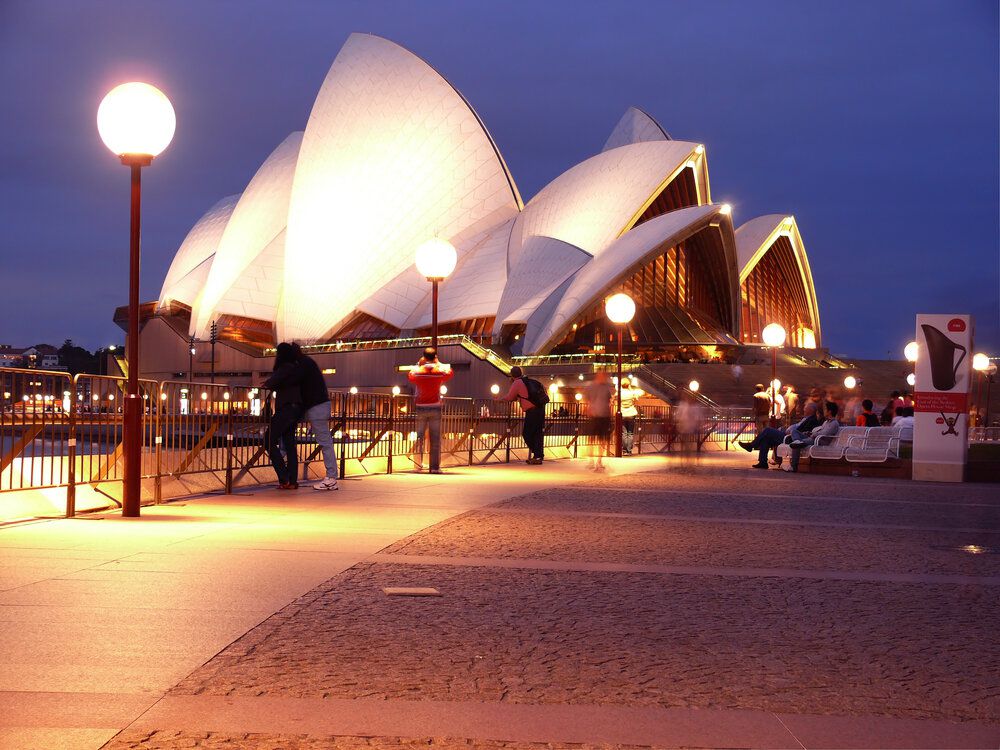 Situated on Bennelong Point in Sydney Harbor and close to the Sydney Harbor Bridge is Australia's premiere performing arts facility called the Sydney Opera House. It is just a walking distance from Sydney central business district and the Royal Botanic Gardens. It is strategically perched between Sydney and Farm Coves. Below are a few interesting facts about this events venue.

1. The land on which the Sydney Opera House sits was first developed as a Fort and much later as a Tram Shed before being developed into an events facility that was opened on 20 October 1973.

2. In 1957, Jørn Utzon, was announced as the winner of a competition that was geared towards coming up with the best design of the opera house.

3. The Opera house had originally been projected to cost $7million, but by the time it was finished, it had cost a whopping $120 million.

5. The Topaz glass that is used on the Opera was custom-made specifically for the Opera House by Boussois-Souchon-Neuvesel in France.

6. The sails-like structures that give the opera house a unique design sits on a pillar that is believed to be the biggest free standing column in the world.

7. The building of the house measures 187 meters long and 115 meters wide (this is bigger than the standard football pitch). It sits on 5.798 hectares of land and 8 boing 747 can park inside the facility wing to wing.

8. The Grand Organ in the Opera house was built for a period of 10 years. It is the largest mechanical music instrument in the world with 10,154 pipes.

9. Within the facility are 7 performance venues that include; the Concert Hall,
the Opera Theatre, Playhouse, Drama Theatre, The Studio, the Forecourt and the Utzon Room.

10. The Sydney Opera House is the most distinctive landmark in Sydney.

If you are ever in Sydney and ask a few Sydneysiders what to see first, they will tell you to visit the opera house. It is one of the most elaborate entertainment venues in the world and has hosted some of the biggest names in the entertainment world. It is home to Opera Australia, The Australian Ballet, the Sydney Theatre Company and the Sydney Symphony Orchestra.