Blog  /  5 things you need to know about Bari 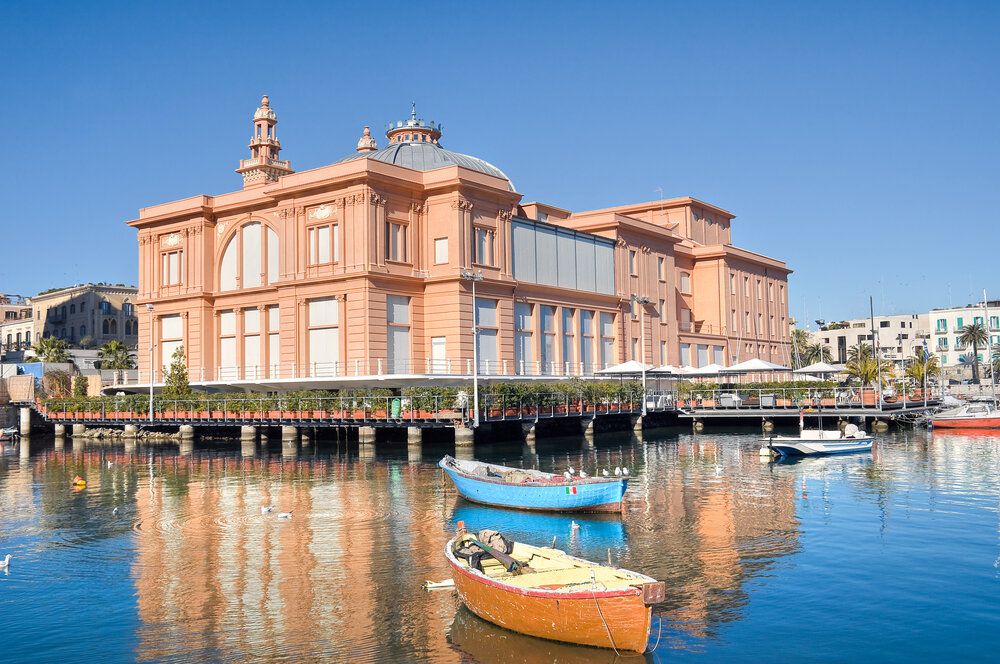 5 things you need to know about Bari

The quintessential city of Bari is the capital of the Italian Province of Bari in the Apulia Region along the Adriatic Sea. In southern Italy, it is second only to Naples in economic importance. The fact that it is a port and university city belies the rich culture that a tourist will find in the city. Below are some facts that will give you an overview of the city.

1. The city of Bari is divided into four urban centers that include the northern part consisting of the old city featuring Basilica of Saint Nicholas, the Cathedral of San Sabino (1035–1171) and the Swabian Castle built for Frederick II; and to the south is the Murat shopping district, complete with a promenade overlooking the sea.

4. Bari's cuisine and gastronomy is based on three major ingredients that are found in Puglia Region including; wheat, olive oil and wine. Of course the dishes are enriched with meats, garlic and a variety of vegetables such as minestrone, chick peas, broad beans, chicory, celery and fennel. Make sure you sample dishes such as orecchiette ear-shaped pasta, recchietelle or strascinate, chiancarelle and cavatelli

5. Bari's Climate is considerably favorable for outdoor activities compared to other European cities. April through October is the best period to visit - they average a temperature of 17 degrees Celsius (74 degrees Fahrenheit).

Bari has been associated with very prominent people on the global stage including Pope Benedict XIII, the head of Roman Catholic Church from 1724 to his death in 1730. There is a popular saying in Bari city that says, 'Se Parigi avesse il mare, sarebbe una piccola Bari' loosely translated to mean that 'if Paris had a sea, it would be a little Bari'. This shows you just how the people of Bari think of their city. If in doubt, visit it and see for yourself