Blog  /  5 things you need to know about Pompeii 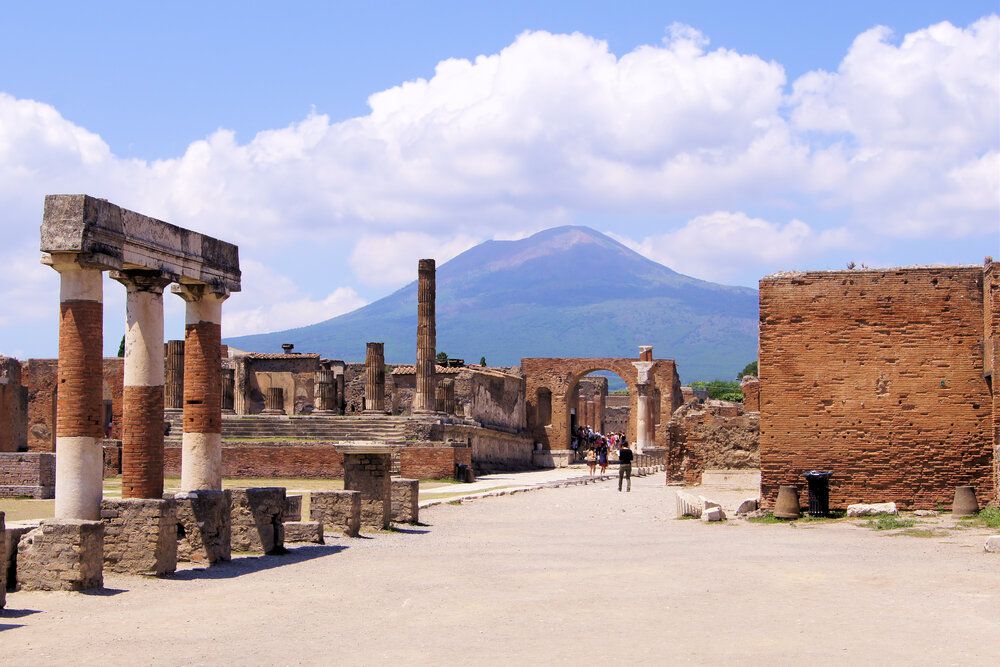 5 things you need to know about Pompeii

In 79 AD, Mount Vesuvius in Italy erupted and buried the city of Pompeii. Thus came an end to one of the most important trading routes and cultural center of the Roman Empire...A sad story indeed. However in that sad story rose some of the best preserved insights into the Roman Empire and its influence to ancient world as well as the modern world. Below are 5 things you need to know about this formerly buried - 'under volcanic pumice and ash' city - but now a bustling tourists' attraction.

1. It is one of the largest Archaeological Sites in the World

At 150-acre, the walled city of Pompeii in Naples, Italy is the world's largest excavation and archaeologists site and is a major tourist attraction due to being adjacent to modern amenities such as pubs, bars, restaurants, tourist facilities, and flourishing commercial areas.

2. It has the best Preserved Artifacts

Thanks to being buried underground, most of the artifacts in ancient Pompeii were largely safely tucked away. Not even the roaming Ottoman Turks could get to it. Do not be surprised to roam around Greek inspired buildings, water fountains, commercial establishments, brothels, and an amphitheater.

3. The Brothel at Pompeii is reopened

There goes the canons from the indignant clergy and their followers! It is not opened perse, but as a tourist attraction. Sorry if you thought you are going to take care of your not too honorable cravings! Here, you get to see the names of the women who engaged in the oldest trade of all, plus their specialties - even then there were specialties...huh?

4. Not all Residents Perished

Out of a total population of 12,000 people, only 1,000 bodies were discovered. Most of the residents made it out of the city before it was completely buried. This is a point I do not want to belabor...

5. The Locals disturbed the tomb

Most people believe that the city of Pompeii lay undisturbed until it was rediscovered in the 18th century. This notion is wrong. Immediately the mountain lava cooled down, the locals started digging through and salvaged almost all the important and valuable items.

There is so much to write about the buried city of Pompeii but the space is limited. If you haven't visited the city, you've got to know this, you are missing a lot!