Blog  /  Why are goods sold in a duty free store so much cheaper? 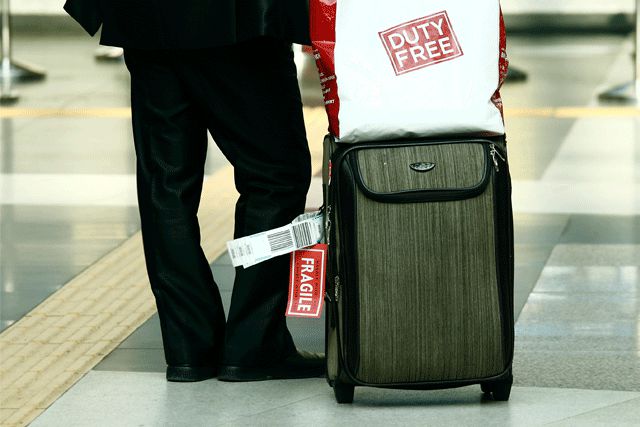 Why are goods sold in a duty free store so much cheaper?

A common question amongst travellers. A lot of travellers wonder why merchandise sold in duty free stores are so inexpensive compared to regular retail prices. One simply needs to understand the rules surrounding seemingly confusing export laws, and the logic behind the application of these laws to the individual traveller.

To facilitate trade and competition among world markets, a common feature of the modern government’s tax system allows for some consumer goods to be exported without imposing any taxes or duties. This exemption encourages international trade by ensuring that one exporting country’s goods is not priced at a disadvantage compared to another country’s goods due to variances in tax rates or duties.

As a result of such tax legislation, the concept of duty free shopping for individual consumers was introduced in Ireland in 1947, allowing departing international travellers to purchase goods for personal use in the destination country without paying any of the usual taxes or duties usually associated with their purchases.

You might be wondering why the destination country simply doesn’t charge taxes or duties upon these duty-free items upon arrival? The answer is simple. The economic benefit of collecting taxes or duties is not justifiable in terms of the effort required to collect a small amount of tax from each arriving traveller,though many countries have established limits on the dollar value of these exemptions, commonly known as ‘customs allowances.’

Consequently, international travellers have the opportunity to benefit from sensational deals that are not available in any other circumstance.

Duty Free Stores
Most duty free stores typically reside in duty free economic zones that occur between international exit-entry points or ‘no man’s land’ such as airports, or ship ports in which a departing traveller has not yet entered their destination country. Such exemptions also apply onboard aircrafts or ships and some goods may be purchased for personal use and brought to the destination country of travel though restrictions often apply in all of the above scenarios.

As a result, heavily taxed and easily transportable luxury items with a high dollar value are generally the most popular items sold by duty free shops, including cigarettes, alcohol, perfumes, electronic and other designer goods designed to make the most of the savvy traveller’s spending power. Typically, tobacco and spirits yield the best percentage discounts, at times representing up to 50% savings.

Rules Surrounding Exemptions
Before you get carried away, it’s important to remember that most countries have varying rules surrounding goods you can take in or out of their country as ‘duty free’, such as an item volume limit or total dollar value of goods and therefore it’s important to investigate your departing and arriving countries’ regulations prior to purchase.

As of June 1st, 2012, the value of merchandise Canadian residents can bring back to the country has increased.

In Canada and the U.S., travellers can bring with them as much as they like when they cross the border. However only a portion of those goods may be considered exempt.

In some countries the potential to benefit may still exist as duties or tax rates imposed on over limit values may be less than if a traveller had purchased these items in a retail store. You can find this detailed information on exemption information by contacting the country’s customs or border patrol agency, or by calling your travel agent.

However, in Canada, be aware the many items are not applicable and you may not qualify for reduced taxes or duties above and beyond the duty-free exemptions as listed above.